WHAT IS IT LIKE TO BE A SOLICITOR IN THE GLN GRADUATE PROGRAMME?

As a Solicitor in the GLN Graduate Programme you will have a two-year career path designed to match your current practice interests and to highlight new opportunities that match your attributes and professional credentials.  As graduates in the programme move to a new department every 8 months, good management and pastoral care is a significant focus for the GLN Team within Crown Law.  All graduates are supported by a Crown Law 'home' manager, who meets with them regularly and liaises with their 'host' managers to ensure the experience is rewarding, supportive and intellectually inspiring. Fully immersed into your host departments' teams, as a Graduate Solicitor in government you have enviable exposure to a broad variety of practice areas, different operational settings and senior mentors with superb legal acumen.

Read the following profiles to gain an insider's opinion on what it's like to be a Graduate Solicitor in the Government Legal Network...... 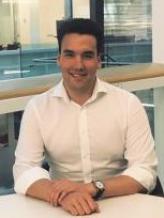 MY GOALS INCLUDE FINDING OUT MORE ABOUT PRACTICE AREAS THAT DIDN'T RECEIVE MUCH EXPOSURE AT LAW SCHOOL AND SETTING MYSELF UP ON A TRAJECTORY TO EXPLORE POST-PROGRAMME CAREER OPPORTUNITIES.

Despite eventually working my way towards becoming a lawyer, as a child I wanted to be a commercial pilot. Unfortunately, flight school fees were prohibitively expensive. As I was born in Singapore, one way to avoid these costs would have been by fulfilling my statutory requirement, under Singapore’s Enlistment Act 1970, to enlist in the Singapore military service. My plan, had I failed first year law, was to serve in the Republic of Singapore Air Force and eventually work my way into the commercial airlines. Read more... 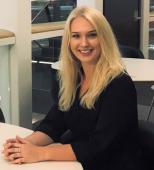 a PASSION FOR PUBLIC LAW LED ME FIRST TO A gln CLERKSHIP AT acc AND THEN TO THIS INCREDIBLE GRADUATE PROGRAMME.

My journey to law is nowhere near as interesting as Zach’s story, although incidentally I have once piloted a plane. I aspired to be a jet-setting diplomat when I began law school, and then somehow forgot this was the reason I began a law degree until my fifth year at university. During those intervening four years I found I thoroughly enjoyed my public law classes, despite the 8am start time three days a week, and this passion for public law led me first to the GLN Clerkship at ACC in 2016/2017 and then to this incredible Graduate Programme.  Read more... 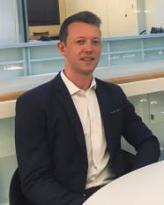 I LOVE MY WORK IN THE PUBLIC SECTOR BECAUSE i FEEL LIKE I MAKE A REAL AND POSITIVE DIFERENCE TO THE LIVES OF NEW ZEALANDERS.

My first year out of University has been a whirlwind of settling into a(n awesome) new city, getting used to full-time work, and juggling a bunch of other responsibilities. I’ve recently finished my term as the New Zealand Law Students’ Association Marketing-Vice President, helped out the GLN with a range of organiSational and graphic design work, co-written an article on gender-neutral language for the New Zealand Women’s Law Journal, and have finished profs and been admitted. Read more...